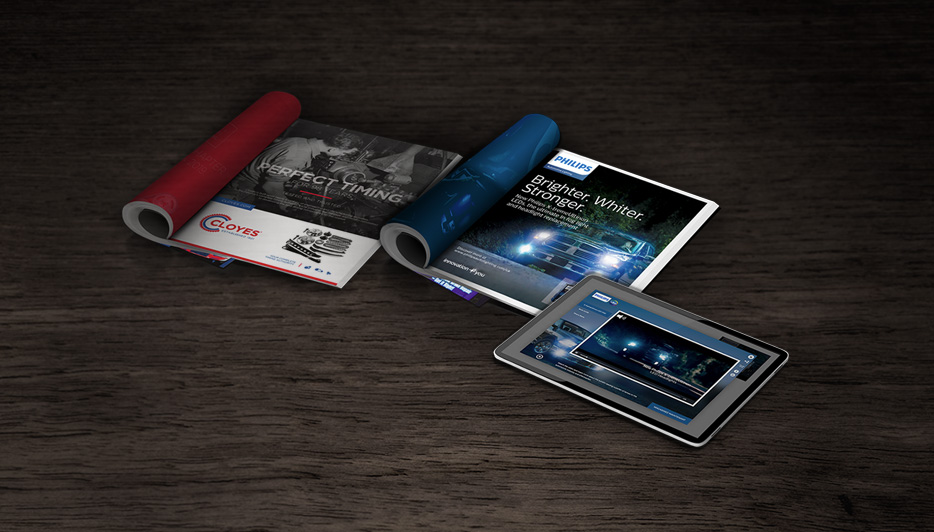 The prestigious awards, announced on Nov. 4, 2019, recognize companies and agencies for their outstanding advertising, marketing and public relations efforts in the automotive aftermarket.

MBE Group earned awards for Best Ad Campaign to Technician/Repair Audience and Best Use of Graphics, on behalf of Cloyes, a well-known manufacturer of timing system components. The campaign called, “Perfect Timing for 98 Years,” captured the company’s 98-year history with the use of authentic factory images and archival photography. The campaign was part of a full Cloyes rebranding effort carried out this year.

“We used actual historic images to tie directly into Cloyes’ heritage and brand position in the aftermarket,” said Steffanie Savine, vice president, sales and accounts, MBE Group. “This added credibility to the campaign and helped it resonate deeply with technicians, enthusiasts, distributors and the industry at-large.”

Savine also stated,“We had a clear understanding of the audience and built the campaign strategy and messaging to speak directly to it. Receiving two awards for the same campaign demonstrates our expertise and shows that the strategy was effective.”

MBE Group also earned an award in the business-to-consumer category for Print Ad – Best Use of Copy, on behalf of Lumileds for the Canadian launch of Philips X-tremeUltinon LED headlights.

Due to Canada’s diverse weather and terrain, MBE Group focused the messaging on both safety and style, to target drivers across all provinces. The campaign expertly communicated that neither style nor visibility are compromised with Philips X-tremeUltinon LED headlights.

The award-winning campaign was part of a larger advertising initiative that included high-impact creative on digital platforms, resulting in performance that exceeded the program’s goals and industry benchmarks in six categories, including unique engagements, in-store visits and total ad interactions. The click-through rate achieved was two-and-a-half times greater than the industry standard for digital display ads, resulting in a high-performing integrated marketing initiative across all platforms, that directly increased product sales.